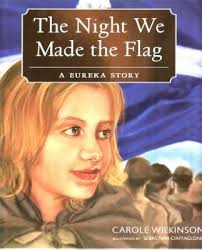 My third picture book, released in 2010, was Flame Stands Waiting, picked up by Black Dog Books and illustrated by talented artist Sebastian Ciaffaglione.

Sebastian and I never actually met and his artwork for Flame was all done digitally. It was a different experience for me compared to my two previous picture books where I’d watched the drawings develop from sketches to finished artwork by Peter Gouldthorpe (more on that in next week’s blog post.) Sebastian’s cv from the Walker Books website reads:

Melbourne-based freelance illustrator Sebastian Ciaffaglione studied illustration and design at NMIT in Preston. Sebastian began working as an illustrator right out of art school and is now living the dream of painting all day and not working in an office. Sebastian specialises in concept art, book covers and children’s books. He especially enjoys making fantastic things seem realistic. He has illustrated many Black Dog Books covers, as well as picture books written by Corinne Fenton and Carole Wilkinson.

Other picture books illustrated by Seb are, The Night We Made the Flag: A Eureka story by Carole Wilkinson and Lone Pine by Susie Hamers and Margaret Warner, as well as a set of covers for Carole Wilkinson’s acclaimed Dragonkeeper series of novels. 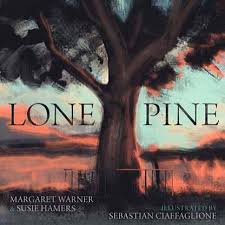 You can see more of Seb’s artwork on his website: www.sebastiancreative.com

and Seb’s artstation is a good place to see the movie work he’s been doing lately- https://www.artstation.com/sebastianc

Flame Stands Waiting is a fictional story about a little girl called Clara and her fascination with a carousel horse called Flame.  Flame is different from all of the other horses, except for one, the other stander on the opposite side of the carousel, but Flame cannot see him.

This story began with a comment my mum once made, saying that the first thing my grandma wanted to do when, as a child, she moved from Bernie in Tasmania to Melbourne, was to ride the carousel at Luna Park.

The dedication inside the front cover reads:

For my mother Valerie and for all those children

who dreamed dreams of dancing horses.

This book is really an acknowledgement of my darling mum – the cover illustration of Clara was created from a photograph of her I shared with Sebastian – of my grandmother and her move to Melbourne and I’ve named Clara in honour of my great grandmother Clara Reid, who I was fortunate enough to have in my life until I was 27 years old. Mum with her dog Donny.

I treasure the framed cover artwork, gifted from some wonderful friends, which hangs on my writing-room wall and the book itself, for its beautiful illustrations and the memories it evokes. As I attended the Bologna Book Fair in Italy in 2010, just as the book was released, there was no Melbourne launch, which is one of the reasons I have since made sure I always celebrate the release of every book, even in a small way. Sadly, the book is now out of print and only recently I realised I hadn’t put enough copies away for future grandchildren. Luckily, in the middle of lockdown number two, I located a copy at an antiquarian bookshop. When I asked the bookseller why the price was so high, he said ‘because it’s been signed by the author.’ Funny. When the book arrived in the post, I saw it was the copy I’d signed for Albert Ullin, iconic bookseller and founder of Australia’s first children’s bookstore, The Little Bookroom which is happily still thriving today under the ownership and care of Leesa, her parents and staff at a recently moved-to location at  220 St Georges Rd, Fitzroy North VIC 3068. Even in lockdown 6 books can still be ordered by phone or online and hand-delivered to local areas or by Australia Post.