It still seems too early to talk about Christmas but apparently it’s upon us.

A little background first for this post. In 2015 I had the privilege of our book Little Dog and the Christmas Wish, published by Black Dog Books, illustrated by Robin Cowcher and written by me, being chosen as the theme for the 2015 Myer Christmas Windows in Melbourne and Brisbane. 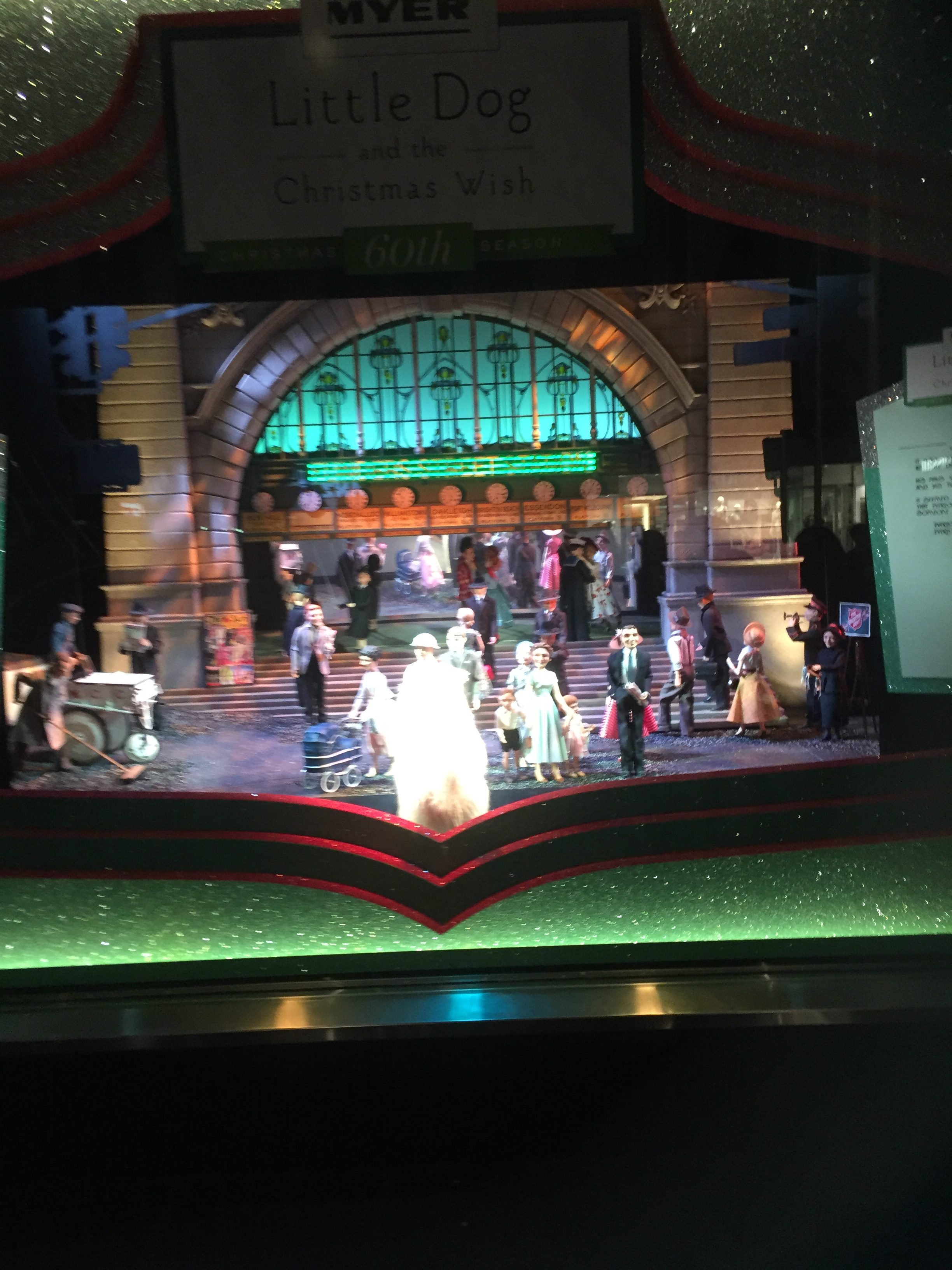 What I didn’t realise then and many people are only now discovering, is that after Melbourne the window theme travels to Myer Stores in Ballarat, Geelong and then Wagga Wagga.

In 2016 we did it again with our book One Christmas Eve, published by Black Dog Books, illustrated by Marjorie Crosby-Fairall and written by me. Also last year, Robin, Harry and I traveled to Geelong for the window reveal of Little Dog and the Christmas Wish and then Harry and I took part in a Christmas parade through Geelong, walking beside all sorts of heroes and characters like Batman, Superman and Spiderman. Harry loved them all. From 7.30 p.m. I’ll be joining the parade with a carousel horse or two, as well as a Bella character look-alike. Lily, the illustrative model for Bella and my window launch buddy has dance commitments this weekend and illustrator, Marjorie Crosby-Fairall has deadline commitments so they are unable to join us.

If you live in or are down Geelong way on the weekend, please come by and say hello.